Another carmaker has arrived at this year's SEMA show, Ford is presented its supercharged 2017 Ford Mustang GT and F-150 updated by the famous tuner Roush

Another carmaker has arrived at this year's SEMA show, and this time it's not presented by one but two models of the supercharged 2017 Ford Mustang GT and F-150. The famed Ford tuner Roush has made some really impressive updates on these two cars. The first represents a return of Roush's P-51 airplane-inspired Mustang, and the other continues the company's series of Nitemare Ford pickups. Spelling theirs. 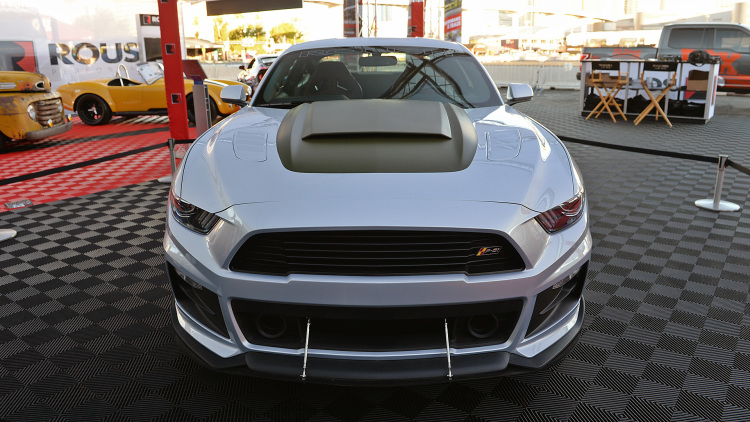 The P-51 Mustang, is the first at SEMA since 2007, is by far the faster of the two. Under the hood is a Ford Aluminator V8 topped with an Eaton supercharger. The combination is good for an impressive 727 horsepower. You'll be able to hear that power thanks to the Roush Active Exhaust system, which comes with three standard settings, and a setting that can be customized by the owner. Surrounding the potent powerplant is a Mustang body modified with a variety of current Roush products. As befitting the P-51 moniker, it's painted in an aircraft-inspired silver and matte green scheme. Inside, the car gets a custom leather interior and P-51 badging. This P-51 happens to be a prototype for an upcoming model, too, so fans will be able to have their own, in either manual or automatic, sometime down the road. 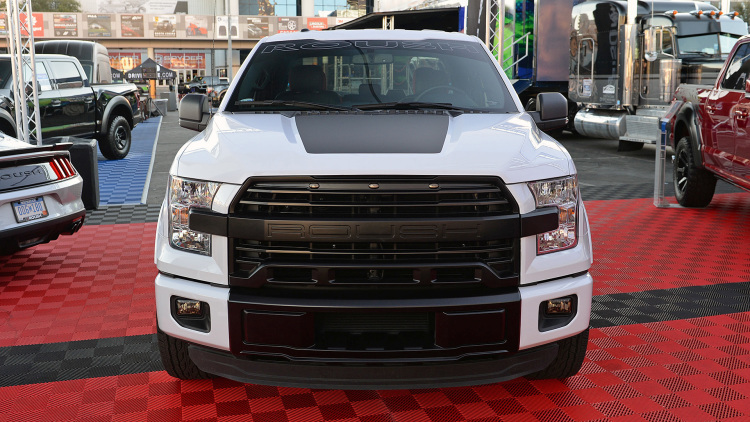 While not as powerful, the F-150 Nitemare will still be entertaining. Under the hood is a 5.0-liter V8 engine with an Eaton blower that produces 600 horsepower. It breathes through Roush's side-exit exhaust, which in Nitemare configuration gets a black exhaust tip with the Nitemare logo. The outside of the truck is spruced up with existing Roush parts, 22-inch Roush wheels and graphics on the hood and flanks. Inside, changes are minimal except for special badging and an available leather upgrade. The Nitemare F-150 will be available to purchase through Roush, and can be ordered in two-wheel-drive and four-wheel-drive configurations.

A Perfect Car for a Perfect Fall from RepoKar.com